overview: “The Adjustment Bureau” is based off writer Philip Dick’s Adjustment Team. It follows Brooklyn Congressman David Norris as he attempts to be with the woman of his dreams, who is destined never to be with him. Yes, the above premise is very romance-y, but the actual movie deals quite heavily with science fiction elements. I’d spoil it for y’all if I actually said what was up, though.

characters: Matt Damon stars as the determined David Norris with Emily Blunt as the down-to-earth Elise Sellas. They are likeable characters for the most part, although their makeout scenes are unnecessarily extensive.

plot: Very thought-provoking. Props to Dick for thinking up something of this grandeur. At times, the movie’s philosophies edged towards a “pretentious” aura, but overall, it is quite a dazzling plot.

With decent characters and an intriguing setting, I give “The Adjustment Bureau” a score of 7.5 out of 10. Go watch it if you have the time.

overview: “Unbroken” is based off Laura Hillenbrand’s same-named biography of WWII veteran and Olympic track athlete Louis Zamperini, who struggles through a delinquent childhood, war, and two(?) years in brutal Japanese POW camps.

characters: Well, Louis Zamperini is an awesome guy in real life, and Jack O’Connell plays him well in the film. I’m not the biggest fan of the Bird’s portrayal in the movie; he seems a bit too effeminate and not as psychopathic on screen compared to the monster I first read of on page.

plot: I mean, this is the life of a real man. The plot is harrowing, painful, but kept my attention throughout. I suppose it made more sense to me, as I had read the book, but I could see how some may have thought that it was disjointed or confusing. 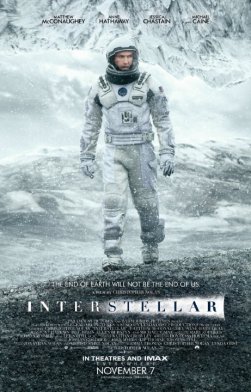 overview: Earth faces impending doom, a group of scientists must find a solution to save its inhabitants.

characters: The star-studded cast boasts depth in their acting, and I loved almost all of the characters in the movie. It is this same love that effectively broke my heart in certain areas of the film, which brings me to my next point…

plot: Christopher Nolan is a gem. My heart was shattered into a million little pieces (as you may have seen from my crude self-portrait above). The science fiction is intriguing, the humor is on point, the storyline is just. Augh. It’s just. Yeah.

I recently had a crazy marathon of all the movies I was itching to watch, so I thought it might be appropriate to share my opinion on said movies. I have, like, 8 more movies to write about, but I’ll start with three per post. Have a fab day!

the source of this chaos:

things you should know

-you are a beautiful human (don't forget that!)
-i hope your day will be fabulous and full of hypothetical cupcakes
-talk to me!! i don't bite + i try my best to be a good listener. :-)