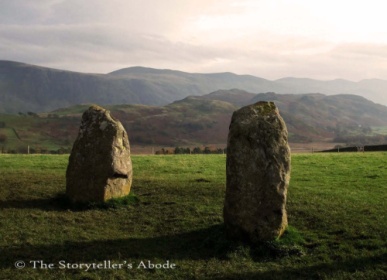 Many, many ages ago, there was a stone mountain in the southern corner of Ireland shaped in a peculiar heart formation. One particularly electric night, a bolt of lightning shot off a large boulder and sent it flying down to the field below. It stayed there for countless centuries, and lent shade to many a lovers’ picnic.

But destiny would not have it. For a vicious storm passed and another fateful lightning bolt struck, and suddenly, that absolute monolith was split into two.

At first, the divided boulder mourned its separation. But as time passed, the two stones grew so accustomed to their new positions that it appeared as if they had never been one stone at all. That, one may argue, was the greatest tragedy of the stone mountain.

Word count: 130. For a flash fiction challenge. Well, I tried.

17 thoughts on ““the tragedy of the stone mountain””

What did you think? ✪ Cancel reply

the source of this chaos:

things you should know

-you are a beautiful human (don't forget that!)
-i hope your day will be fabulous and full of hypothetical cupcakes
-talk to me!! i don't bite + i try my best to be a good listener. :-)